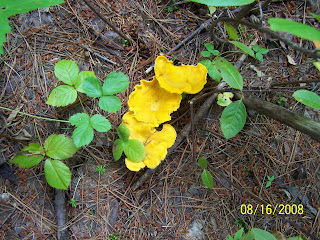 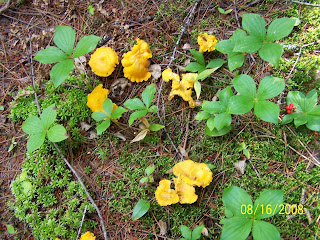 The last couple of weeks we have continued to fish for salmon and sea trout on the S.W.Miramichi.The river and its tributaries are staying on the high side,but this has provided plenty of water for the fish to run in.This has brought fish in such numbers that one of the more knowledgable guides on the river,Donny B.of Storytown,says that he has never seen salmon in these numbers in his entire life on the river.Many of the old river rats up and down the Miramichi are echoeing these sentiments.It is seasons such as these that prove once again that the Miramichi River is the most productive Atlantic Salmon river in the world.Although the river is full of salmon,hooking one can be difficult.I was with a group of six who fished below Big Hole Brook one day last week and the only one of the group to hook a fish was one of the guides.Now for those of you who are not familiar with Big Hole,it is considered one of the best pools on the Miramichi.There are upwards of five thousand salmon laying in at any given time and we had fish jumping and rolling all around us,but we could not get a strike! Atlantic Salmon seem to have a mind of their own when it comes to getting them to take. It can be extremely frustrating for fishermen not used to the elusive nature of these fish,but patience and perseverence usually pay off eventually.One poor guy I spoke with said he had fished bright salmon for years without hooking one and had quit fishing them for ten years and was back at it again,still waiting for that explosive strike that only an Atlantic Salmon can provide.There are still some nice sea trout around at the mouth of the brooks that provide some relief for those with the fishing itch.One of the nice bonuses of the rainy weather we have been having is the abundance of wild mushrooms springing up.The photos in this post are of some delicious Chanterelle mushrooms.By themselves or as a side dish,these mushrooms are amongst the best that nature provides.Ken and I make a point of harvesting several varieties of mushrooms as they become available.Besides Chanterelles,we also pick Meadow mushrooms or pink caps and Morel mushrooms or more correctly,false Morels.These mushrooms must be fried up crisp to get rid of any toxins that may upset some stomaches.I have never experienced any problems with wild mushrooms,but caution must be used when harvesting them.Go with someone who knows their mushrooms and follow the cardinal rule of mushroom picking,"Never pick or eat a totally white mushroom".By following this rule you will avoid contact with the deadly Destroying Angel mushroom.Eating even a small amount of this mushroom can prove fatal.Besides a bumper crop of mushrooms this year,the blueberries are hanging like grapes and the apple trees are hanging heavy with fruit. Mother Nature has provided a silver lining in all those rain clouds and I would encourage everyone to get out and about and take advantage of all the bounty she has so generously provided.
at August 17, 2008 No comments: